Home » Pompeii and beyond 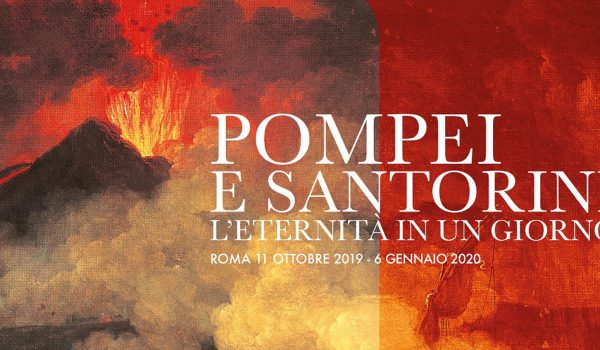 Pompeii and Santorini: Eternity in one day

The exhibition Pompeii and Santorini: Eternity in one day, hosted by Scuderie del Quirinale, will be open to public until the 6th of January.  It is a powerful exhibition, curated by Massimo Osanna, director of the Archaeological Park of Pompeii and Athanasoulis Demetrios, director of the Ephorate of antiquities of Cycladesture. Pompeii and Akrotiri, settlement on the island of Thera (today known …Read more 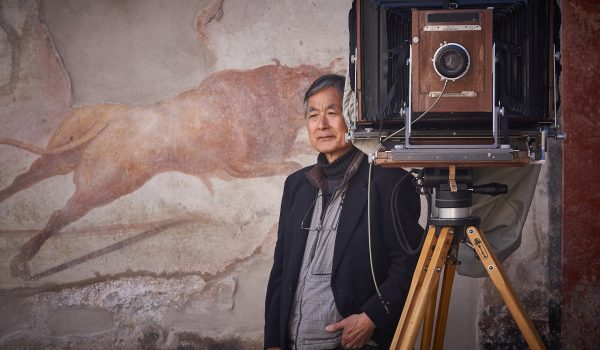 Curated by Chiara Dall’Olio and Daniele De Luigi The exhibition presents 55 previously unseen photographs donated by the Japanese artist to the Fondazione di Modena, in a lyrical vision of what was left behind in Pompeii the day after the eruption in 79 AD. Modena is continuing to forge a special relationship with photography. Now one of the top locations in Italy for this particular form of expression, it is capable of influencing the city’s whole cultural scene thanks to the contribution of institutions such as the Galleria Civica and Fondazione Fotografia Modena, which merged in 2017 to become Fondazione Modena Arti Visive. From 6 December 2019 to 13 April 2020, Fondazione Modena Arti Visive is hosting a captivating exhibition dedicated to Pompeii, curated by Chiara Dall’Olio and Daniele De Luigi, at one of its venues: FMAV MATA – Ex Manifattura Tabacchi. The exhibition is co-promoted by Pompeii Archaeological Park which is lending some reproductions of the famous plaster casts of the victims of the eruption for the occasion and will then host the exhibition on site in Pompeii. …Read more 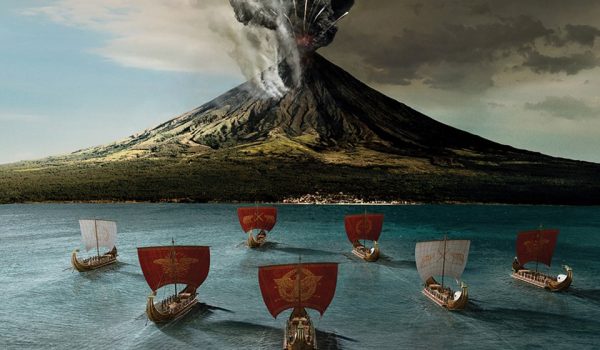 Bound for disaster – Pompeii and Herculaneum

One of the world’s most famous archaeological sites will be on display at Moesgaard Museum from 6th November, when the museum opens this year’s major special exhibition ''. Moesgaard has been given the opportunity to display spectacular exhibits from Italy, and the exhibition takes visitors on a tour of the vibrant city of Pompeii at its absolute height. Here, the Romans gathered the threads of contacts across the Mediterranean, and here they lived the high life – la dolce vita – before disaster struck the Bay of Naples in AD 79, and both Pompeii and Herculaneum were destroyed when the volcano Vesuvius erupted. Very few cultural treasures from prehistory and classical antiquity survive to a degree that enables us to look back today and experience everyday moments and events that took place many centuries ago. The Roman city of Pompeii on the Bay of Naples is one of them, and its ruins provide a rare and legendary snapshot of Roman daily life. In AD 79 the volcano Vesuvius erupted and discharged explosive waves of volcanic ash and rock out over the Bay of Naples. The citizens of the towns of Pompeii and Herculaneum and the surrounding rural settlements became victims of the eruption, perceived as the end of the world. Snapshots of these flourishing towns and the victims, captured and frozen in terror as they fled from the scorching lava and ash, have – ever since the first excavations of the towns in 1592 and the scientific investigations initiated in the 18th century – attracted the world’s attention, and the ruins of the towns have since been visited by millions of tourists. …Read more 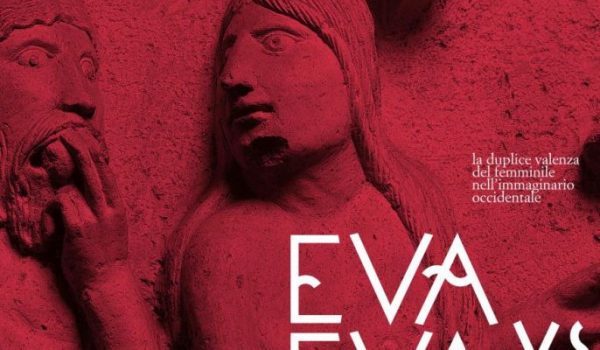 Eva vs Eva, the double value of the feminine in the Western imagination

Villa d'Este and the Sanctuary of Ercole Vincitore. 11 May – 3 November 2019 The exhibition dedicated to the world of women: "Eva vs Eva, the double value of the feminine in the Western imagination" set up at Villa d'Este and the Sanctuary of Ercole Vincitore. The exhibition will be displayed until November 3, 2019. The exhibition, born from a collaboration between Villa Adriana Institute and Villa d'Este - Villae, the National Roman Museum and the Archaeological Park of Pompeii, under the scientific direction of Andrea Bruciati, Massimo Osanna and Daniela Porro, analyzes the spirit of women: from reassuring symbol of motherhood to ambiguous force of nature. The exhibition intends to give value to the female figures that history, collective imagination and interpretation have relegated to a role or a stereotype. …Read more 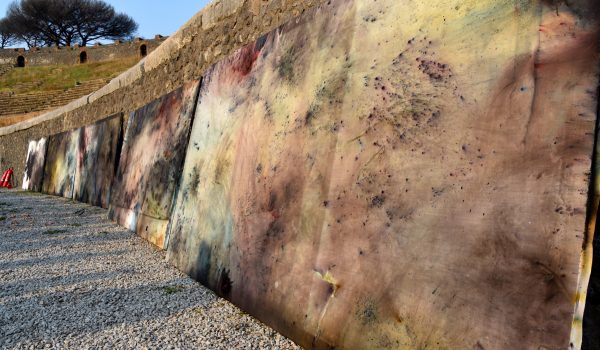 In the Volcano: Cai Guo-Qiang and Pompeii

In the Volcano: Cai Guo-Qiang and Pompeii Exhibition at the MANN. FEBRUARY 22ndto May 20th2019 Works created with Explosion Studio in the Amphitheatre will be exhibited in the MANN exhibition In the Volcano. Canvases and objects excavated from the explosion eventin Pompeii will be placed within the many permanent collection galleries, along with gunpowder paintings created in New York. …Read more 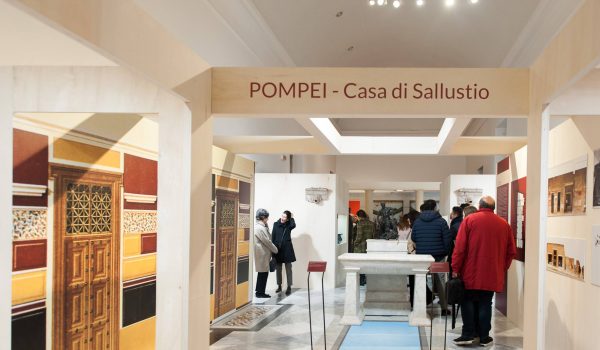 “Palermo, Capital of the Kingdom: the Bourbons and Archaeology in Palermo, Naples and Pompeii”

Palermo, Regional Archaeological Museum “Antonino Salinas”. 2 December 2018 - 31 March 2019. The exhibition gives an account of the year in which the city of Palermo was the capital under the Bourbons. …Read more 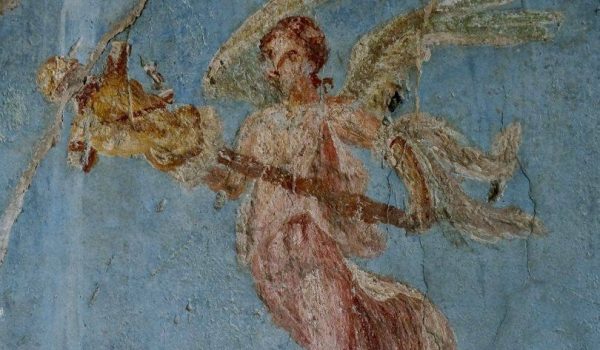 Turin, Conservation and Restoration Centre “La Venaria Reale”. 12 November - 21 December 2018. The exhibition is organised in collaboration with Pompeii Archaeological Park and “La Venaria Reale” Conservation and Restoration Centre, under the scientific supervision of the Department’s professors of Historical Studies of the University of Turin. It offers an interesting scientific research journey into the activities that have involved UNITO and CCR for some years, both with work carried out at the House of the Ancient Hunt and with the study, diagnostics and restoration operations on various artefacts …Read more 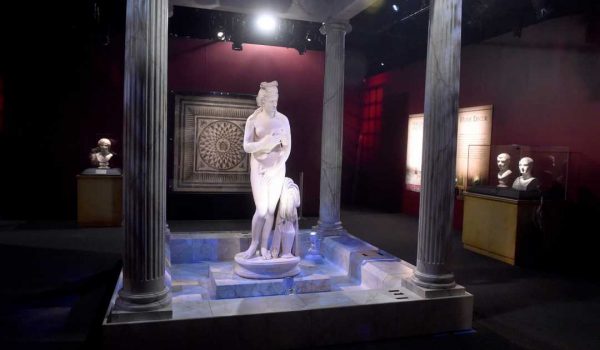 Simi Valley (California), Ronald Reagan Presidential Library and Museum. 6 October 2018 - 21 April 2019. The exhibition shows a series of original finds from Pompeii, on loan from the National Archaeological Museum of Naples and the Archaeological Park of Pompeii. The exhibits include marble and bronze sculptures, jewels, ancient Roman coins and casts of bodies of eruption victims …Read more