... Pompeii, A.D. 79 (probably October): a column of ashes and lapilli rises from Vesuvius. It feels like the end of the world. All materials vibrate and are together transformed: a multi-verse is opened, and history is interrupted, leaving testimonies to flow away, which before long become legends: Pompeii exists no more... 1748: Little by little, and almost by chance, the ancient city is unearthed, re-entering our universe dig by dig, as the greatest discovery of modern archaeology: it is the Grand Tour! After more than two centuries Pompeii in 2020 has still not been completely rediscovered, but there is talk anew of the end (this time of the era of the human being), while multitudes of bodies are set in motion and into action, the temperature rises, species numbers are reduced, and some disappear, A. I. is a reality, frequent pandemics are spreading across the world... As archaeologists and historians of contemporary art we are wondering: "but how have a multitude of fragments of earth, stone, glass, metal, piles of coloured powder, fossilised and semi-charred trees and seeds, solidified lumps of liquid and gaseous matter, bones and cavities with the form of humans and animals... managed to subvert the criteria of the end and the beginning, transforming destruction into regeneration, and to change reality, hypothesizing and embodying an alternative? And could they still do it?" But, above all, are we still in time? We are interested in understanding what happened, and what could still happen... And maybe we could return to Pompeii with you and try, indeed, to understand it together... A permanent portal and contemporary art collection for Pompeii

Pompeii Commitment Materie Archeologiche / Archaeological Matters is born. This is a project based on the study and enhancement of ‘archaeological matters’ kept in the excavation areas, archivesand storages of Pompeii and aimed at the progressive establishment of a collection of contemporary art for the Archaeological Park of Pompeii.

Under the scientific direction of Massimo Osanna, General Director of the Archaeological Park of Pompeii, and curated by Andrea Viliani, Head and Curator of the CRRI-Research Centre of the Castello di Rivoli Museum of Contemporary Art, in collaboration with Stella Bottai and Laura Mariano, the project is divided into two phases.

The first phase (from autumn 2020 to winter 2021) will involve the creation of a dedicated web portal, devised not as a functional or digital support tool but as a new gateway to the archaeological site. It will bring together documents, research projects, textual and visual essays and also audio and video podcasts –by artists, critics, curators, writers and contemporary activists from all over the world – defining the very episteme of the project in a collective process that reflects on the endings and the beginnings of worlds, and which will merge together into a final scientific publication. The portal will be maintained and updated therefore as an expanded, mobile and manifold research centre, enabling a direct exchange with the various professionals of the Archaeological Park(archaeologists, historians, anthropologists, archaeozoologists, archaeobotanists and agriculturalists, geologists, chemists, architects, conservators and computer scientists). The portal will go live later this year, during the autumn 2020.

The second phase, which will commence in 2021, envisages the start of a programme of commissioning, production and presentation of works which will progressively form the Park’s contemporary art collection, composedof artefacts, documents and experiences of those artists invited to reflect on the multiple meanings of Pompeiian archaeological materials. This second phase is inspired by the guidelines of the Italian Council project, promoted by MiBACT-Ministry for Heritage and Cultural Activities and Tourism and aimed – through the production of works of art and curatorial, editorial and research projects – at the study and enhancement of contemporary Italian art (and, in this case, of the contemporaneity of the Pompeian archaeological site, as reflected by both Italian and international artists).

Works, documents and experiences will be acquired as assets of the Italian State, and delivered to the Archaeological Park of Pompeii, as an ‘in-progress’ collection. Exhibited and previewed at Pompeii, the works produced will subsequently also be presented at other institutional venues (both in archaeological and in modern and contemporary art museums, commencing at Castello di Rivoli in 2021) and in temporary or regular periodic exhibitions, as well as being accompanied by a programme of seminars, conferences and workshops.

Also planned for the autumn and winter of 2020 is the presentation of the first editorial and research projects and related works (details in the attached Press Kit), including: the web publication connected to the work Indagare il sottosuolo. Atlante delle storie omesse / Digging Up. Atlas of the Blank Histories (2019) by Lara Favaretto; Elena Mazzi's work The Schoolof Pompeii (2019); the work Black Med-POMPEI (2020) by Invernomuto, and the monograph Gianni Pettena: 1966-2021, co-produced by the Archaeological Park of Pompeii.

Through the creation of this portal and of works conceived and created in the interstices between archaeological heritage and contemporary research, the project also aims to form a tool, both physical and digital, to amplify the valueof the site of Pompeii as a contemporary and both historical and naturalistic heritage, able to inspire new lines of artistic research and to revisit the approach to the themes of ‘cultural heritage’, in the modern sense,with innovative strategies.

The project will also benefit from the support of the private sector in the form of Art Bonuses, donations and sponsorships.

"Archaeological matter is first and fore most the discipline of archaeology itself, that is, the study of the past through the excavation, analysis and interpretation of finds in relation to the context of their discovery.” - declares Massimo Osanna–“An investigation that the archaeologist necessarily addresses by acting in the here and now according to a process also open to intuition, to the formulation of hypotheses and to invention, and using a holistic vision and a multidisciplinary approach to reconstitute a possible unity from its own fragmentation. But archaeological matter is also the countless finds with which the archaeologist is confronted, in their current state, such as architecture, sculptures, mosaics, frescoes, objects of everyday use, or organic and inorganic remains, all of them, in their own way, living species that bear countless traces of previous events and knowledge and that share with us the world in which we live. This not only makes the ‘archaeological matter’ a potentially contemporary discipline, aimed more at the future than the past, but also a set of energies that transcends the supposed differences between historical time and environmental transformation, destruction and reconstruction, and life and death”.

"Pompeii Commitment. Materie Archeologiche / Archaeological Matters reunites archaeology and contemporaneity” - Andrea Viliani emphasises-, “meaning archaeological finds in their ever changing states of preservation and understanding,  and contemporary cultural events in their multiple and contradictory creation of knowledge and imagery that do not as yet exist. The project links accounts of disasters that have already occurred with contemporary risk and re-creation scenarios, producing a heritage that can be experienced not only as a ‘legacy’ of the past but also as an example of ‘regeneration’ and ‘potentiality’. These are not inert objects but creatures ‘of mud, not of heaven’, to quote Donna Haraway, they form living and working knowledge and imagery which can thus serve as a stimulus not only for the analysis and application of existing heritage, but also for the creation of new scenarios, in an environment open to comparison between generations, backgrounds, disciplines and materials within which our world is inhabited and of which it is composed. In this sense we intend to use the word ‘responsibility’ (‘commitment’): as a perspective that is entrustedto the present by the past and to the future by the present, and so as an invitation to adopt an attitude of awareness, of commitment, of proposal with regard to the persistent epistemic contemporaneity, and urgency, which an archaeological site such as that of Pompeii continues to convey to us".

Attached is the Press Kit (download), where the project information is outlined in detail and the proposed episteme is examined in depth, press release (download), as well as  images for press purposes. 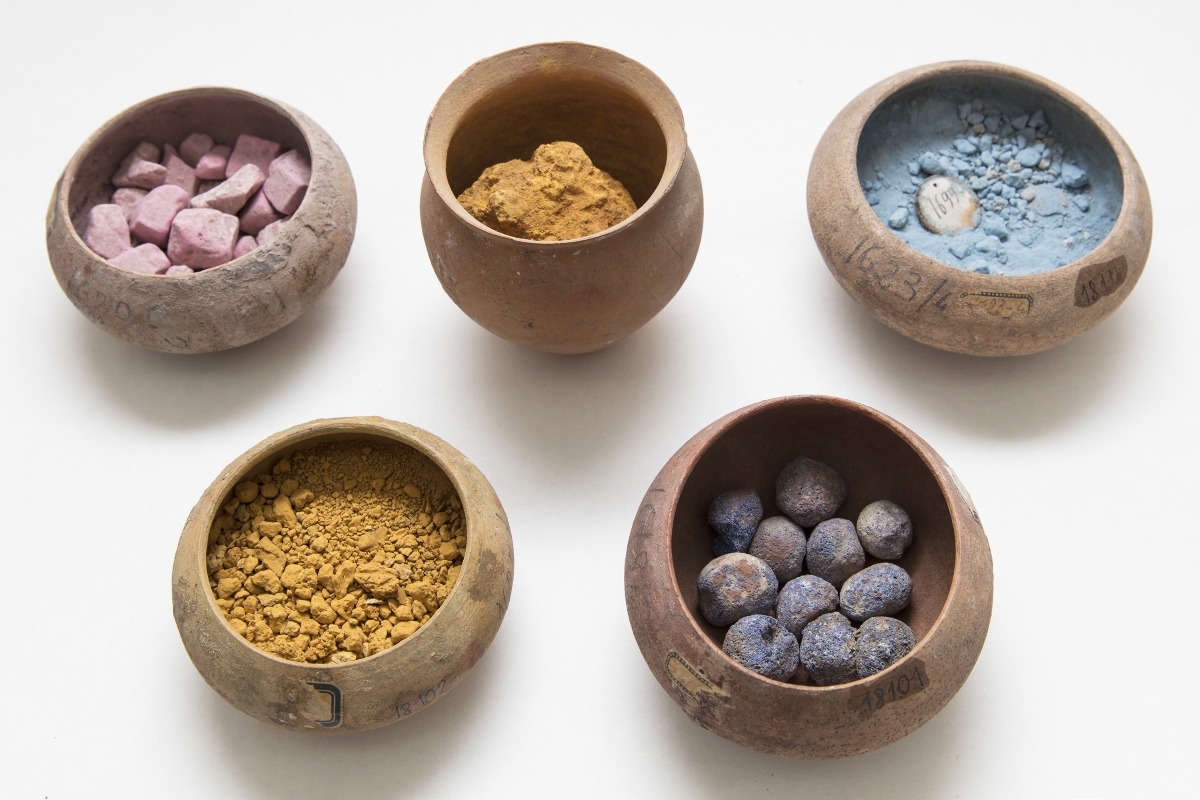