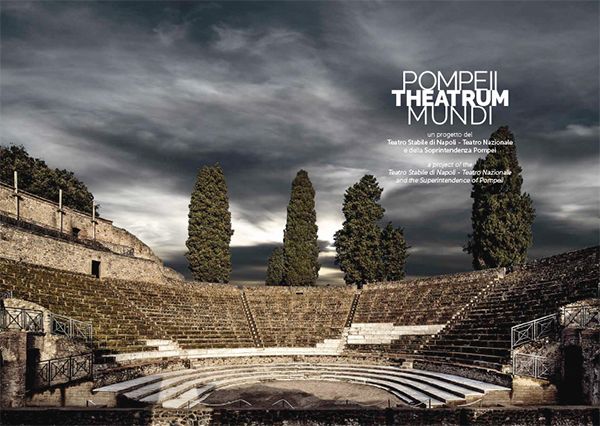 30th June - 6th July
‘Diptych’ directed by Massimo Luconi
‘Prometheia’ by Aeschylus (from 30th June to 2nd July)
This is the national debut starring the actor Luca Lazzareschi in the role of the great and mysterious mythological character. The play is produced by the Teatro Stabile of Naples and by the Campania dei Festival Foundation – Napoli Teatro Festival Italia.
‘Antigone. An African story’ by Jean Anouilh (5th and 6th July)
Performed in the French and Wolof language with Italian surtitles, this production originates from a three-year workshop run by the director Massimo Luconi in Senegal with young Senegalese actors.
A group of six actors from Senegal will be joined by some Senegalese chorists residing in Naples, Italy. The play is produced by Terzo piano theatre in cooperation with the French Cultural Institute Saint Louis and the Teatro Metastasio of Prato.

14Th - 16th July
‘The Bacchae’ by Euripides
The fourth scheduled event will be the national debut of ‘The Bacchae’ by Euripides, staged by the director Andrea De Rosa. “’God is dead', wrote Nietzsche over a century ago and despite the absurd religious wars still looming on the horizon of recent history, that verdict seems final and irrevocable. But the sacred? The mysterious? Have they also disappeared from our lives forever?” The director continues, “Theatre is still the place where a god can come to life? Where we can listen to their voice and, above all, ask them questions?” The play is produced by the Teatro Stabile of Naples and the Teatro Stabile of Turin.

22Nd - 23rd July
‘Phaedra’ by Seneca
The series will close on 22nd and 23rd July with ‘Phaedra’ by Seneca, directed by Carlo Cerciello and translated by Maurizio Bettini. The show is produced by INDA (National Institute of Ancient Drama), an Onlus Foundation and will arrive in the unique and fascinating Teatro Grande in Pompeii after having premiered at the Teatro Greco in Syracuse, performed at the Teatro Antico in Segesta, in Taormina and in the Roman theatre in Ostia Antica.