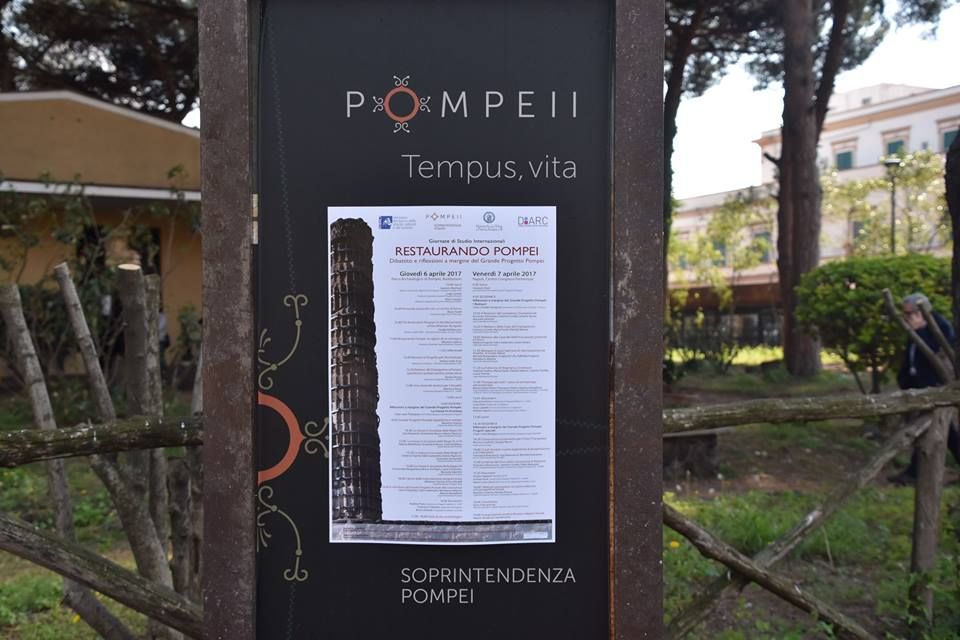 International Study Days
6 th April 2017 Pompeii - Auditorium
7 th April 2017 Naples - Partenope Convention centre
The Great Pompeii Project is the main focus of the two International Study Days ‘Restoring Pompeii’, organised by the Superintendency of Pompeii and the Department of Architecture of the University of Naples ‘Federico II’. The two Study Days will enable an open discussion on the outcome of the four-year project to restore many houses and re-open large areas of the site, which in some cases have been off- limits for quite some time. There will be a detailed outline of the restoration works, from the post-war period to the current day describing operations involving all the ‘Regiones’, excavation sites, and the most important restorations of the ‘domus’ in putting safety measures in place for those areas now open to visitors. There will be discussions on new enhancement strategies, including the project ‘Pompeii for All’ aimed at removing architectural barriers in the archaeological areas, the reasons and benefits of information gathering plans, the new experiences in designing, and the launch of planned and structural
maintenance services to ensure Pompeii's conservation in the future.
The conferences will take place on Thursday 6 th April at the Auditorium in Pompeii and on Friday 7 th April at the Partenope Convention centre in Naples. The inauguration of the exhibition ìPicasso and Naples: Parade’ at the Museum of Capodimonte will conclude the two Study Days. No prior registration is required to attend the conferences.