The Necropolis of Pompeii 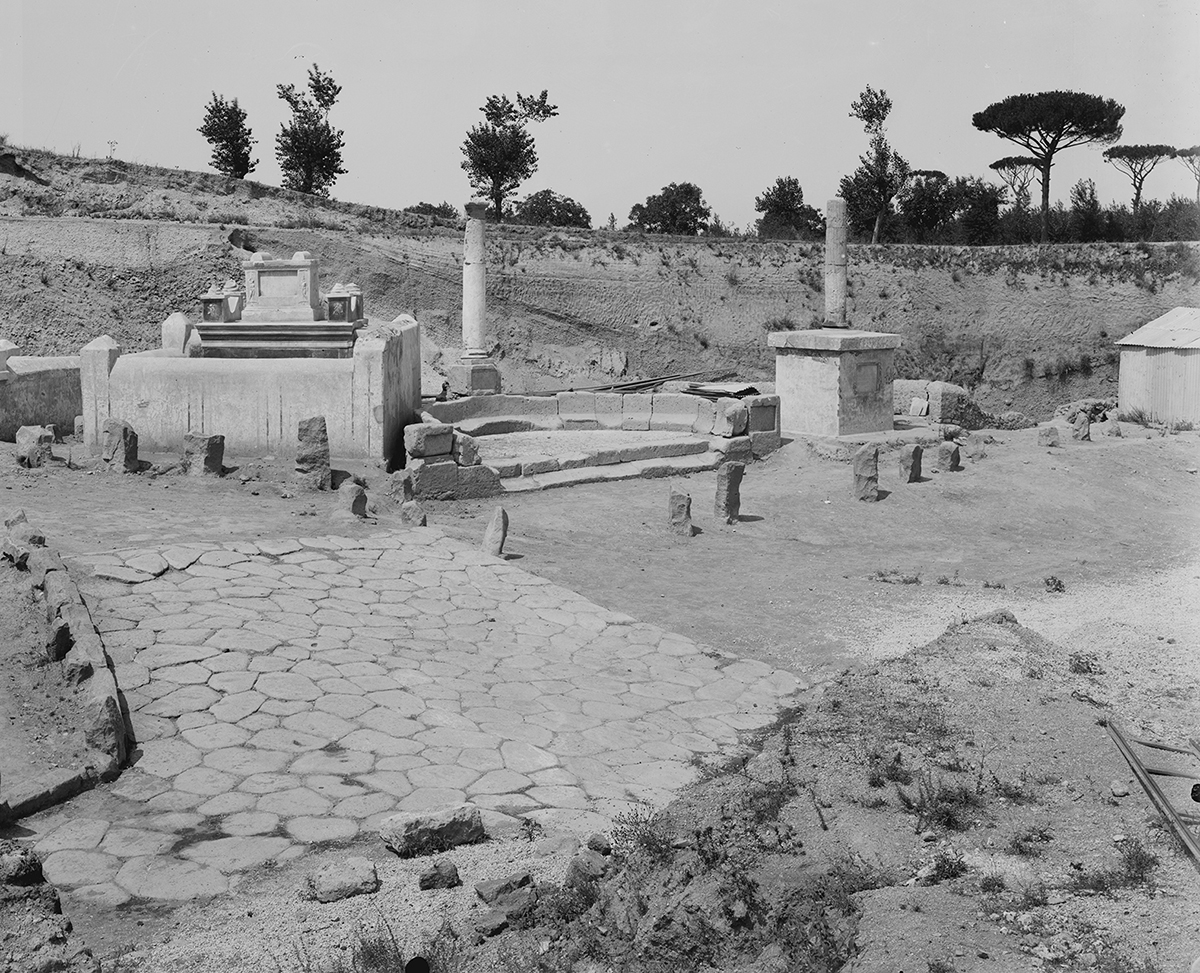 During the earliest stages of Pompeii, the main burial site was outside the Herculaneum Gate. The tombs were mainly attributed to  burials dating back to the Samnite period (5th-4th century BC). The dead were usually interred in graves or stone coffins together with grave goods.

In the Roman period, the sepulchral areas developed on the outskirts of the city, outside the city gates they are named after, beyond a ‘respect’ belt of about 30 metres wherein burials were usually forbidden. Small tomb groups or funerary monuments of various kind, to commemorate the dead and indicate their social status, were located along the roads departing from the city walls. Inside the tombs, each burial site was usually marked by an indicator stone, usually a stylised human bust called columella, below which the vases containing the ashes of the dead were buried.

The necropolis of the Herculaneum Gate, in the north-west of the city, was used mainly by upper-class families, probably due to the fact that it was near Regio VI, a popular residential area among the aristocracy.

The necropolis of the Vesuvius Gate is located in the north, along the road leading to Mount Vesuvius. In the early 20th century, the excavations brought to light some monumental tombs of famous aristocratic citizens, including that of Vestorius Priscus, adorned with an exceptional series of paintings.

The necropolis of the Nola Gate, in the east, hosts a variety of findings, including so-called schola tombs, urns containing the ashes of lower-class people, and four tombs of members of the Praetorian Guard, marked by memorial stones.

The necropolis of the Nocera Gate, in the south, is at the moment the largest of the city. It hosts some important buildings, such as the tomb of Eumachia, but it was mainly used by citizens of the middle or lower classes, including many freedmen living in the nearby Regiones I and II.

The necropolis of the Stabiae Gate, in the south-west, had already been excavated in the 19th century. In 2017, an extraordinary funerary monument was discovered, covered with marble slabs and with the longest inscription found until now, relating the most important events in the life of the eminent deceased, presumably Cn. Alleius Nigidius Maius. During the recent renovations of tombs A and B, the chamber of tomb B was opened. The system used by the Romans for closing the tombs was uncovered, functioning perfectly even 2000 years later.