An exceptional find for Pompeii. For the first time it is possible to restore, via the technique of casts, the intact outline of a horse discovered in one of the rooms of the Civita Giuliana excavation.

Among the identified rooms, a stable emerged containing equine remains. The cast technique has allowed us to identify a trough whose structure, probably constructed in perishable materials, is still visible, thanks entirely to the plaster cast.

In the same way, in the central part of the stable, the identification of a cavity caused by the decay of organic material within the layer - christened ‘thunder’ - has allowed us to create a plaster cast of an equid.

The animal rests on the ground on its left side, with the right side visible. The hind limbs seem to have been disturbed by the activities of the grave robbers who have targeted the area in recent times (FIGURE 1). Figure 1: Plaster cast of the horse of loc. Civita Giuliana.

The visible skeletal remains of the animal show  good ossification, indicating an adult individual. The radiological examination of the skeleton will be able to yield more precise information in this regard, and also supply information on the osteological health of the animal (eg. skeletal pathology).

Identification of a species is currently not completely certain. From a preliminary analysis based on the morphology of the outline, proportions and height at the withers (the measurement from the shoulder - scapula - to the ground), it seems probable that the discovered equid is a horse (Equus caballus).

The autopsy examination of the imprint of the left ear, perfectly visible in the ‘thunder’, has shown dimensional and morphological characteristics attributable to a horse, rather than a mule or hinny (FIGURE 2). 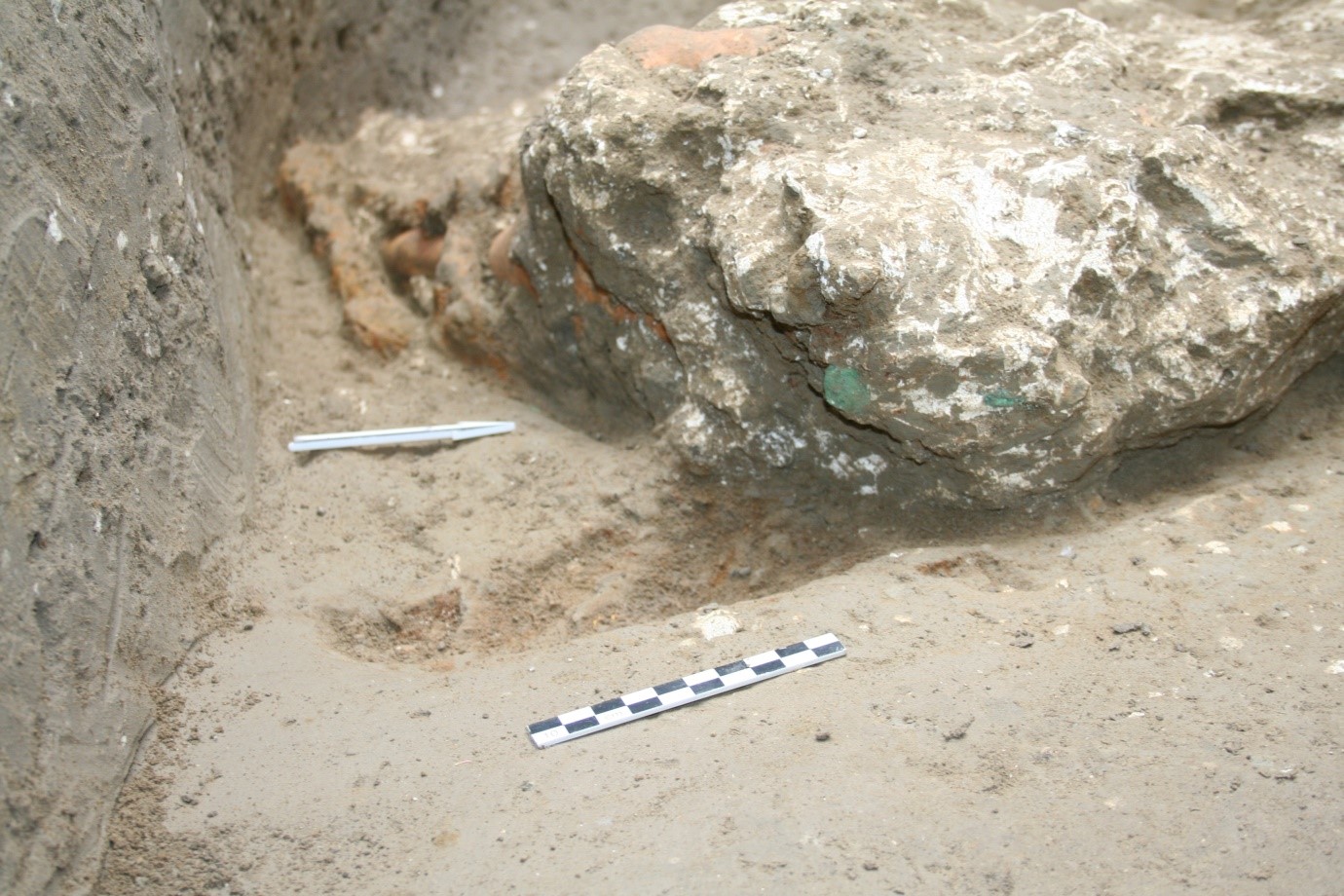 Figure 2: Impression of the left ear of the horse of loc. Civita Giuliana with detail of the iron and bronze harness.

The animal displays a height at the withers of approx. 150 cm. One must bear in mind that ancient horses were probably smaller compared to those alive today. It is all the more remarkable, therefore, that the Civita Giuliana horse exhibits dimensions which were considerable for the time, which could suggest the existence of selectively bred individuals in the area of Pompeii in AD 79.

In addition, the horse exhibits an iron harness with small bronze studs in the skull area (FIGURE 2). This presence could attest to the value and role of this animal.

Other remains of equids have been identified in the area of the ‘thunder’ collapse, whose collapse itself could have been caused by the presence of a significant number of cavities in the sediment, corresponding to the animal carcasses.

Columella (De Re Rustica, VI, 27) reports that equine livestock was divided into three categories. There was a more noble breed, which lent the horse well to circus games and races; then there were mules which, for the benefits gained from their offspring, could be compared to the noble breed; and finally, to speak of the least precious of all, the vulgar breed should be mentioned, which produced mediocre males and females.

The Civita Giuliana horse must have belonged to the ‘noblest breed’. It was an indicator of the wealth of its owner due to its imposing size, likely the result of careful breeding, and to the precious harness in iron and bronze. This horse must have been  a symbolic animal, which unfortunately, despite its high symbolic value, suffered the same fate as many other equids present in the numerous stables (eg: equids of the Chaste Lovers) which were widespread in Pompeii and the extra-urban villas at the time of the eruption in AD 79.