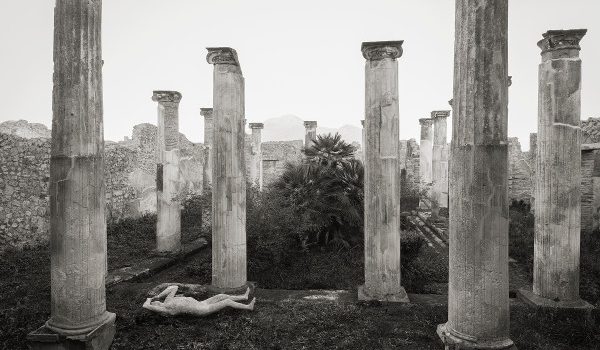 MODENA FMAV MATA – EX MANIFATTURA TABACCHI FROM 6 DECEMBER 2019 TO 13 APRIL 2020 THE EXHIBITION OF KENRO IZU REQUIEM FOR POMPEI Curated by Chiara Dall’Olio and Daniele De Luigi The exhibition presents 55 previously unseen photographs donated by the Japanese artist to the Fondazione Cassa di Risparmio di Modena, in a lyrical vision of what was left behind in Pompeii the day after the eruption in 79 AD. Modena is continuing to forge a special relationship with photography. Now one of the top locat ... The first festival of ancient drama ‘POMPEII THEATRUM MUNDI’ will be held from 22nd June to 23rdJuly 2017 at the Teatro Grande in Pompeii including plays from ‘Oresteia’ to ‘Prometheia’, from ‘Antigone’ to ‘The Bacchae’ and ‘Phaedra’, directed by De Fusco, Luconi, De Rosa, Cerciello. It is a four-year project overseen by the Teatro Stabile of Naples/National Theatre and the Archaeological Park of Pompeii. Conceived for the Teatro Grande in Pompeii, the four-year project ‘POMPEII THEATRUM MUNDI’ ...

International Study Days 6 th April 2017 Pompeii - Auditorium 7 th April 2017 Naples - Partenope Convention centre The Great Pompeii Project is the main focus of the two International Study Days ‘Restoring Pompeii’, organised by the Superintendency of Pompeii and the Department of Architecture of the University of Naples ‘Federico II’. The two Study Days will enable an open discussion on the outcome of the four-year project to restore many houses and re-open large areas of the site, which in som ... 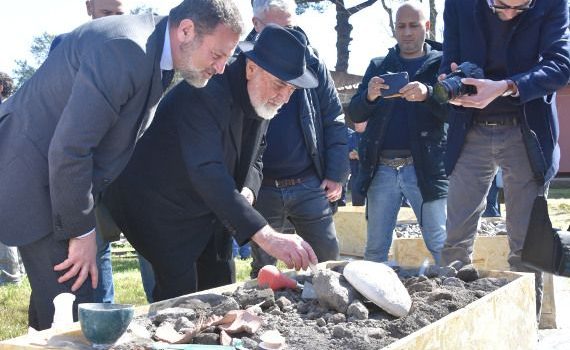 14 th MARCH NATIONAL LANDSCAPE DAY AT THE EXCAVATION SITES OF POMPEII-POMPEII'S RE-BIRTH. MICHELANGELO PISTOLETTO’S ‘THIRD PARADISE’ Agreat celebration and a flash-mob in the Palestra Grande of Pompeii helps bring a ‘Third Paradise’ to life with Michelangelo Pistoletto, inspired by the re-birth that Pompeii is experiencing. Pompeii's re-birth can be seen through Pistoletto’s symbol and his ‘Third Paradise’. The symbol of the ‘Third Paradise’ is the reconfiguration of the mathematical infi ... 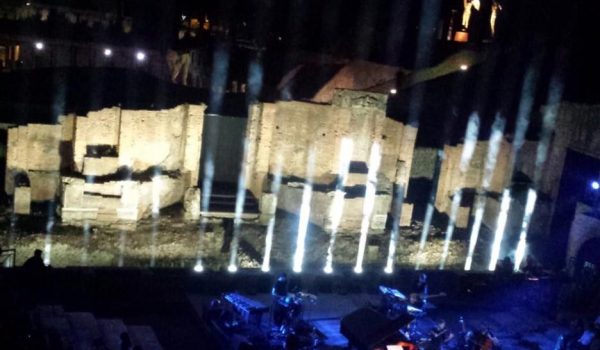 The Teatro Grande will reopen on 23 rd July with an exceptional artist, Ludovico Einaudi, performing in Pompeii for the first time. ‘Ludovico Einaudi elements’ is the title of the concert. Together with the Turin composer on piano, there will be Federico Mecozzi on violin, Redi Hasa playing cello, Alberto Fabris on bass guitar and live electronics, Riccardo Laganà on percussion and Francesco Arcuri on guitar..   The album ‘Elements’ was released on 16 th October 2015.It includes 12 pieces f ... 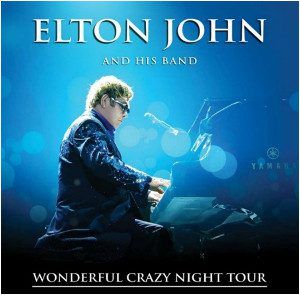 12 th July 2016, Pompeii, 9pm. In the magical setting of Pompeii’s ruins, Sir Elton John and his band will host the third Italian concert of the ‘Wonderful Crazy Night’ world tour. Tickets on sale on ticketone.it  Live at Pompeii The historic concert will be broadcast live, exclusively in Italy, on Rai Radio2 and in streaming on the website radio2live.rai.it, and on the Radio Rai app. It will also be possible to follow it via social networks. During the tour, Elton John will perform legendary hi ...