Among Vesuvian archaeological sites, buried following the dramatic eruption in 79 A.D., Oplontis is probably the one that offers the most significant monumental evidence of the Pompeii suburbs.
The group of Roman era buildings found, beginning in the Bourbon period, in the modern city of Torre Annunziata, is comparable to an actual city suburb, administratively subject to the jurisdiction of Pompeii.
What is special about Oplontis is the presence of two monumental buildings of different purposes: Villa A (the so-called Villa of Poppea), a grandiose and luxurious residential complex and the Villa B (of L. Crassius Tertius), currently not open to the public, that was a business center around processing agricultural products, particularly wine and oil.

History of the Excavations 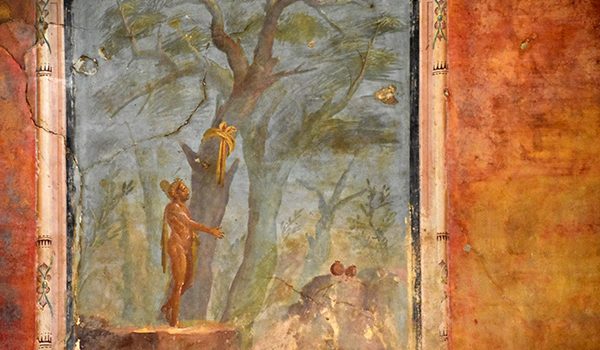 The only monument of the ancient Oplontis currently open to visitors is a large residential villa, yet to be completely unearthed. It dates back to the mid-1st century B.C. and was enlarged during the early Imperial Age. In the past, the villa overlooked the sea offering a panoramic view, and boasted magnificent décor, some exceptional traces of which are still preserved today. According to an inscription painted on an amphora, the villa could have belonged to Poppaea Sabina, Emperor Nero’s seco …Read more 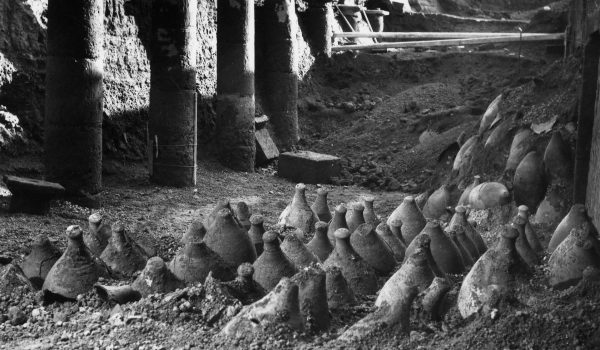 Villa B or of Lucius Crassius Tertius

Villa B or of Lucius Cassius Tertius, not far from the luxurious villa ‘Poppaea’, is the other main complex of Oplontis. Lucius Cassius Tertius was probably the last owner with his name on a bronze seal found during the excavations. Currently, the building cannot be visited. It was constructed towards the end of 2nd century B.C. and expanded at a later time. It develops around a central space, surrounded by a grey tuff double-order colonnade completely rebuilt with the original column drums and …Read more

nerone and the empresses